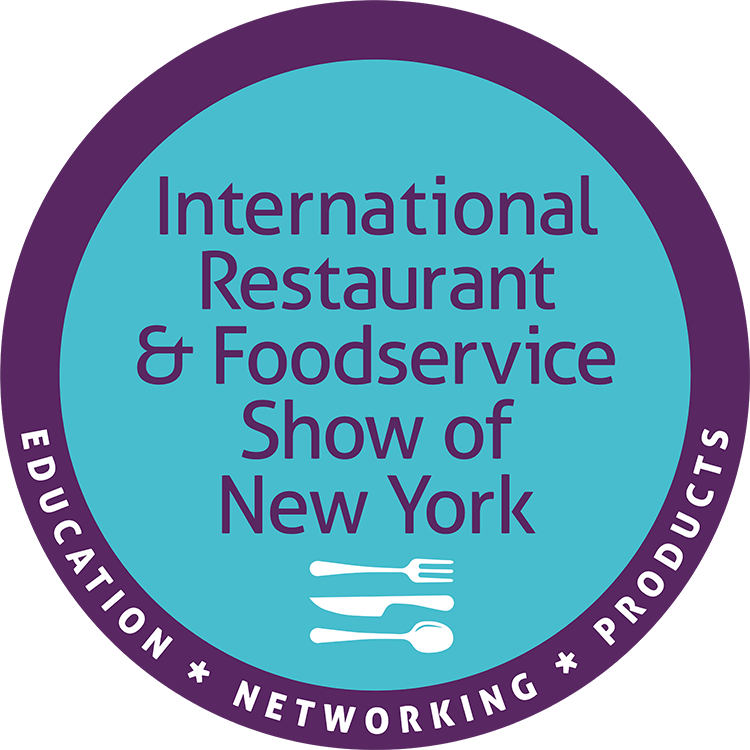 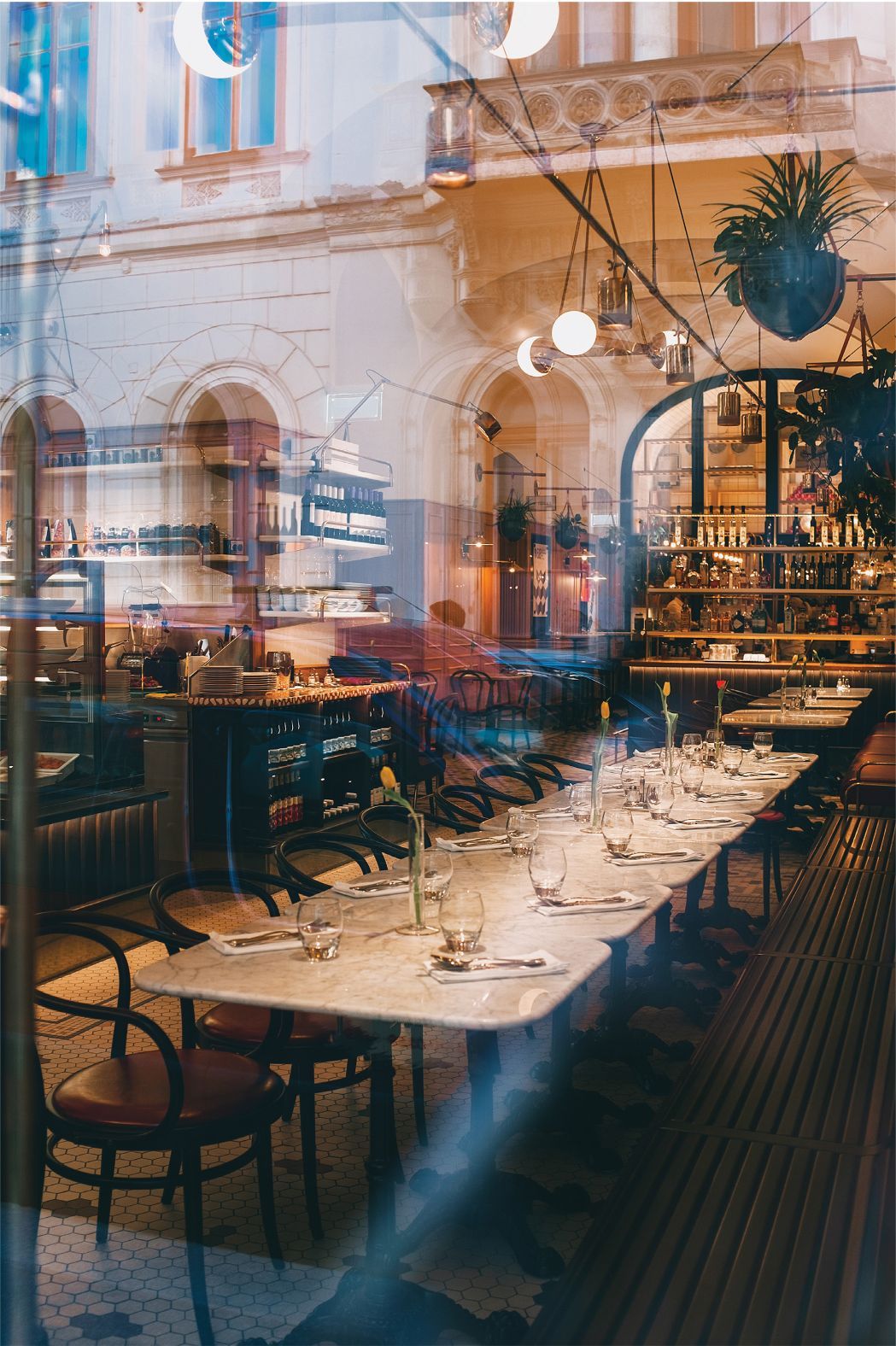 Center Stage offers the opportunity to engage in a whole new way with your colleagues as well as world-renowned chefs, bartenders, and culinary professionals. A highlighted feature of the International Restaurant & Foodservice Show of New York - Center Stage is an educational, interactive, and entertaining area for restaurant and foodservice professionals who want to stay up to date in the industry. Come see our featured chefs, watch their cooking demonstrations and taste their samples. Jonathan Scinto is a Chef, TV Host, Creator, Spokesman and Entrepreneur from Long Island, N.Y. While, most toddlers were watching Sesame Street, Jonathan watched Julia Child, Emeril Live, Jacques Torres and Iron Chef Showdown in Japanese with his mother Alison.
She allowed Jonathan to experiment in the kitchen using the blender to make crazy concoctions, scrambling eggs on the floor and even practicing his knife technique on his parent’s new vinyl chairs. The love of food was evident to his mom and dad.

The Long Island native utilizes rustic Italian flavors and Asian influences to create what Chef Jonathan calls "Itasian", a fusion of Italian and Asian cultures. When Newsday asked Chef Jonathan about his cooking style, he told the journalist that he relies on his design background to create his plates.

"You eat with your eyes, then your mouth, so it’s important to grab your attention at first site then first bite, I don’t believe in using pre-made ingredients, I use only the freshest herbs and spices to create plates of art".

After graduating college with a BFA degree from NYIT, Jonathan was hired by Post Perfect to work in their Client Services department working with such A-list clients like, HBO's Sopranos, Sex & the City, Back Street Boys, O-Town, Mariah Carey, Linkin Park and Alicia Keys. In the early 2000’s, Jonathan opened a café with his father on L.I, which was one of the 1st to focus on scratch made ingredients with a farm to table approach called Home Cookin Café.

After many years as a restaurant owner and working at a local culinary school, Jonathan’s wife Annmarie told him he needed to get his food talents in front of larger audience on TV. Annmarie said in a recent interview "Of course people would love my husband, he’s a natural in front of the camera and people can relate to him, he brings an authentic freshness to TV that is missing on all the shows today".

Jonathan is the creator and host of the reality TV series, "Family Kitchen Revival" now streaming on Amazon Prime Video and Roku via GlewedTV. "Chef Jonathan Scinto visits 8 families who have dealt with incredible hardships and helps them heal thru the power of food". Click here to watch season 1 of Family Kitchen Revival.

As a national TV Personality, Jonathan has been seen on numerous TV shows like Food Network "Chopped", FOX’s MasterChef 6 and numerous other networks like ABC, NBC and CBS. The Food Network Hand-picked Chef Jonathan to compete in "Iron Chef Showdown": Battle Autumn Bounty the live version hosted by Alton Brown.

Jonathan has appeared in numerous national publications like the iconic Good Housekeeping, HuffPost, BuzzFeed, Newsday, Entrepreneurial Chef, Total Food Service and Preferred Health Magazine to name a few. You might have heard Chef Jonathan on iHeart Radio, The Grindhouse Show and several other syndicated stations throughout the US.

Jonathan likes to compete in food competitions each year and one of them is the richest in all food sport in the world called World Food Championships where recently he finished 3rd in the world in the Chef Category. Over the past few years Jonathan has helped raise over $250,000 for numerous local and national charities. He was recently honored by Schneps Communications with the prestigious Oscar like award called the "Vicki" for "Kings of Long Island" as a top businessman and philanthropist.

You can catch up with Chef Jonathan in person by going to one of many national events, or by following him on his social media @chefjonathans. He currently lives on Long Island, NY and is married to Annmarie, they have 3 daughters. 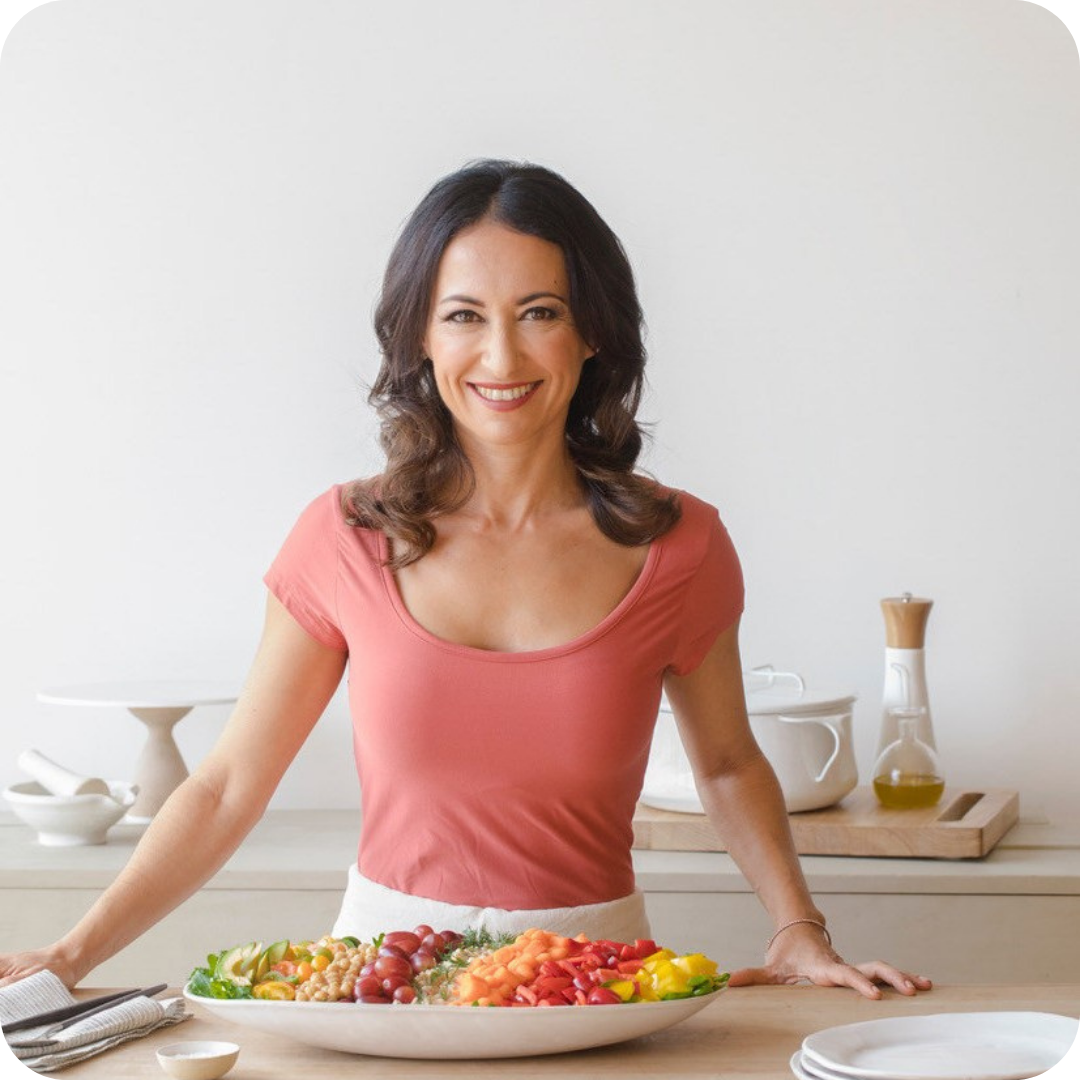 Mareya Ibrahim is “The Fit Foodie” - a natural products industry expert, chef, holistic nutrition coach, award-winning entrepreneur/ inventor, and author of The Clean Eating Handbook, along with the #1 best-seller Eat Like You Give a Fork: The Real Dish on Eating to Thrive (St. Martin’s Griffin). She is the founder of Grow Green Industries, Inc. and the creator of the Eat Cleaner® line of plant-based food wash and wipes. She is also a signature chef and key contributor to the NY Times best-seller The Daniel Plan: 40 Days to a Healthier Life by Rick Warren, Dr. Daniel Amen, and Dr. Mark Hyman. Since 2011, she has inspired and informed Southern California residents through the “Fit Foodie” column in Edible Orange County Magazine. In addition to providing a growing catalog of more than 500 original how-to cooking videos on YouTube, she is a featured chef on The Food Network, eHow.com, LiveStrong.com, and the Emmy-nominated show “Recipe Rehab.” She is also a recognized media personality and speaks regularly about wellness, food and industry trends.
Find out more at www.mareyaibrahim.com At his popular East Village restaurant Graffiti, as well as in his runner-up performance on The Next Iron Chef, Chef Jehangir Mehta made his name by juxtaposing ingredients, textures and tastes from his native India with flavors from all around the globe. It is his cultural heritage that fills him with endless inspiration, and it all began when Mumbai-born Jehangir took an interest in the goings-on of the kitchen in his childhood home.

Chef's first job at L'Absinthe New York in 1996 was a springboard for his diverse and storied career to date, including cooking at Typhoon Brewery along side James Chew, Union Pacific with Rocco DiSpirito, working with Jean-George Vongerichten at Jean-George his name sake restaurant, and then to open what became one of the hottest destinations in New York, Mercer Kitchen, and partnering with Didier Virot on the opening of Upper West Side's culinary destination Aix.

He is the chef ambassador for Beyond Celiac and tours the country to encourage more fine dining restaurants to offer gluten free options to customers.
Chef is extremely passionate about helping children enjoy food and eat healthy. Ten years ago, he was a pioneer in this field, when he started "Candy Camp", a fun filled private cooking class for children. Today he hosts "Gastro Kids After School", and works with kids at PS.33 in Manhattan as part of the "Wellness in Schools" initiative. Chef Stephen Yen, a New York native, is a graduate of the French Culinary Institute (International Culinary Center). After graduating he had the pleasure of being part of the opening team of Fatty 'Cue in Williamsburg, Brooklyn. He then moved on to work alongside Eddie Huang, popular for his food driven political antics. Stephen then stared his training at Iron Chef Morimoto's restaurant in the meatpacking district. He trained in all nuances of the Japanese kitchen and was part of the Omakase team before moving on. Being chosen to be part of the Omakase team helped boost his confidence in the techniques he acquired at his time at Morimoto before moving on to take a sous position at Catch. Catch is a monster of a restaurant in the heart of the meatpacking district. At the helm of the ship was the Executive chef Hung Huynh, winner of Top Chef season three. Chef Hung's style of global seafood was not only a building block for Stephen but also a stepping-stone. Leaving Catch as an Executive Sous Chef gave him the tools needed and helped propel his culinary career. He has consulted on multiple projects and designed menus for many NYC kitchens.

Stephen was the Corporate Executive Chef for Paige Hospitality Group for four years. He was the creative force as well as the culinary director for all the properties. His style of cuisine is global, everything from traditional French to modern American. Of course, Asian cuisine comes naturally with his background but there is nothing he can’t do. Stephen then took on the role of a Chef Operator for Dig Inn, an American fast casual eatery with a fresh focus on mostly vegetables. Scratch cooking and true farm to fork transparency just part of what the company stands for. Chef Stephen Yen then went on to being the Corporate Chef of Grand Banks, Island Oyster and Pilot in NYC. Moving forward he went on to open a hybrid of a food hall and groceries in the financial district called City Acres. There was an Artichoke Pizza, Vanessa’s Dumplings, Juice Brothers, and Beyond Sushi alongside a curated butcher shop, cheese shop, and fish monger. Next evolution in his career he joined the Miami superstar restaurant team called Sugarcane Raw Bar Grill. Bringing Latin and Asian cuisine to a new level, specializing in open fire cooking alongside with a full raw bar and sushi bar in Dumbo Brooklyn.

Chef Stephen has now spent the past two years running the infamous Tao Downtown restaurant. Tao Downtown is part of the Tao Group which is owned by Madison Square Garden. Tao group and Hakkasan brands have combined to become one of the largest nightlight/restaurant groups in the world. Chef Stephen also is part of the Chef Advisory board at the Food and Finance High School here NYC. 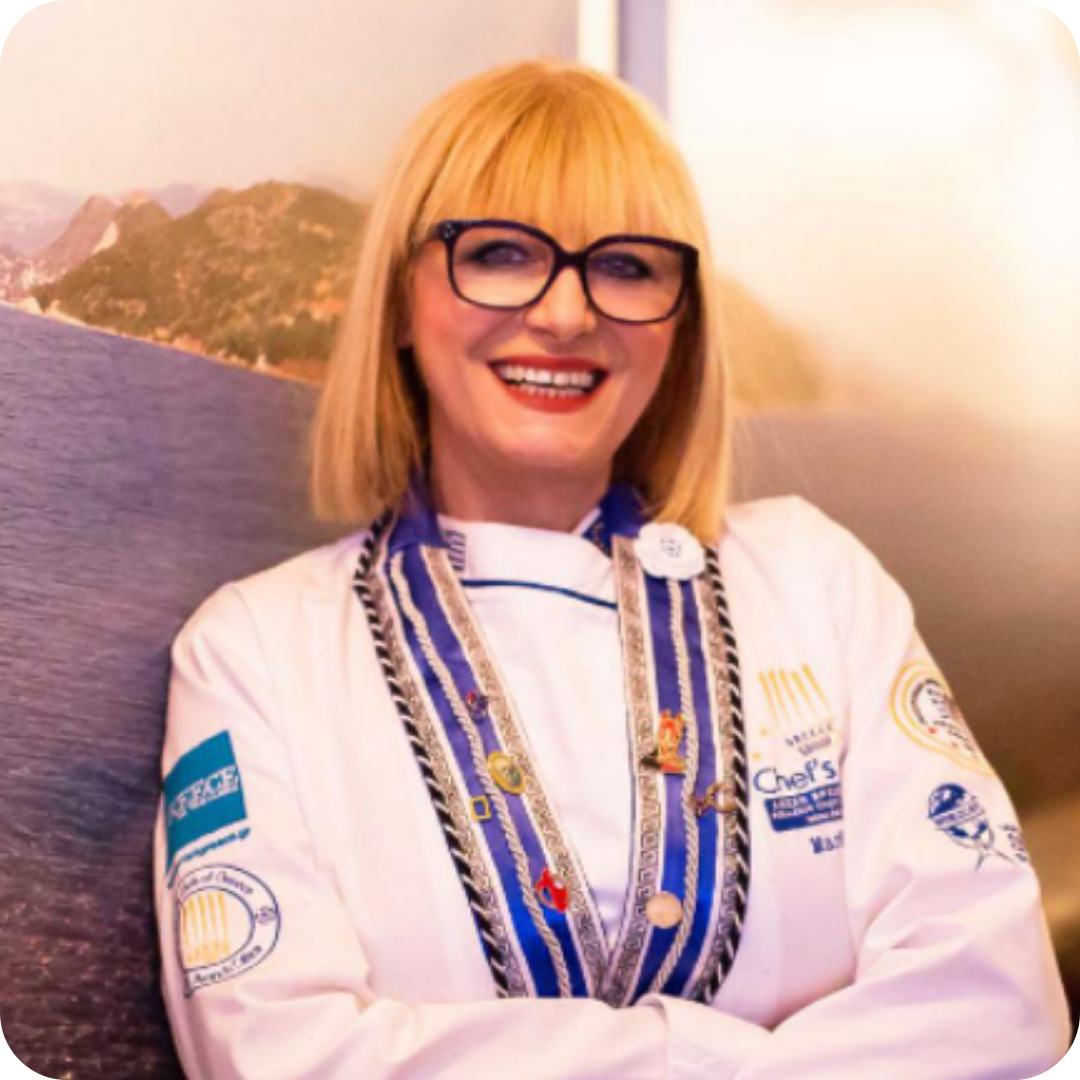 Chef Maria Loi, the corporate executive chef of Loi Estiatorio and the Loi Brand, is an internationally renowned entrepreneur, author, television personality and philanthropist working to change the world - one healthy bite at a time. Known as the Julia Child of Greece, she is the founder and face of a lifestyle brand that nurtures a healthy body and soul, melds the inspiration of ancient Greece with a modern approach to the Mediterranean diet, cooks up a heaping dose of happiness, humor and joy and helps people boost their immunity and improve their health, wellness and longevity.

Chef Loi is passionate about sharing the magic of all things Greek – especially the culinary treasures, recipes and practices passed down through the generations and from her grandfather. Deeply popular and beloved in Greece and a food superstar in the U.S., she exudes kindness, friendliness and warmth, makes a friend of everyone she meets and lights up rooms with her bountiful energy, infectious smile and hearty laugh.

The founder of Loi Food Products, a specialty brand built on traditional ingredients from Greece; her pastas, beans, botanical herbs, refrigerated dips, honey and olive oil are sold on QVC, at Whole Foods Markets and in other stores.

The author of more than 36 cookbooks, she is also host of a new show, THE LIFE OF LOI, debuting on PBS in 2021. It aims to build an inspirational and educational movement around the Mediterranean diet and lifestyle – from ancient to modern, food to culture and everything in between.

The namesake of three restaurants, including the current Loi Estiatorio in Manhattan, Chef Loi has cooked for celebrities and Presidents. But she most enjoys gathering with a roomful of diners over a good meal filled with laughter and stories and passing out smiles and homemade cookies to children who visit her restaurant.

Named an official Ambassador of Greek Gastronomy by the Chef’s Club of Greece, Chef Loi is also a passionate and dedicated philanthropist who supports a wide variety of causes focused on children and the underserved. 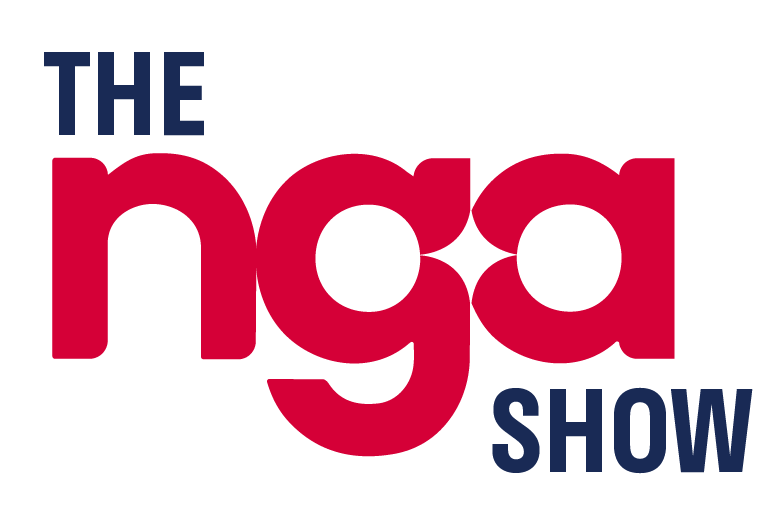 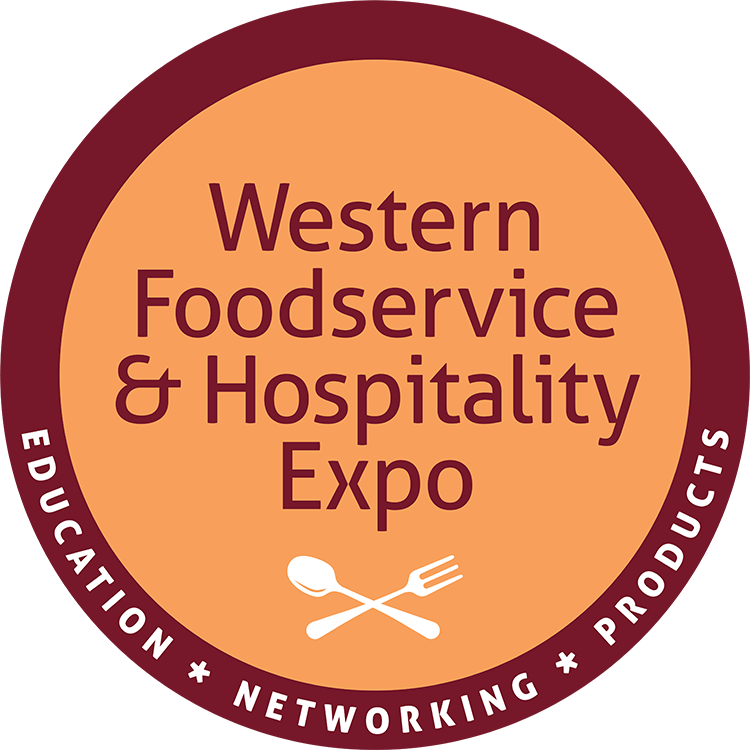 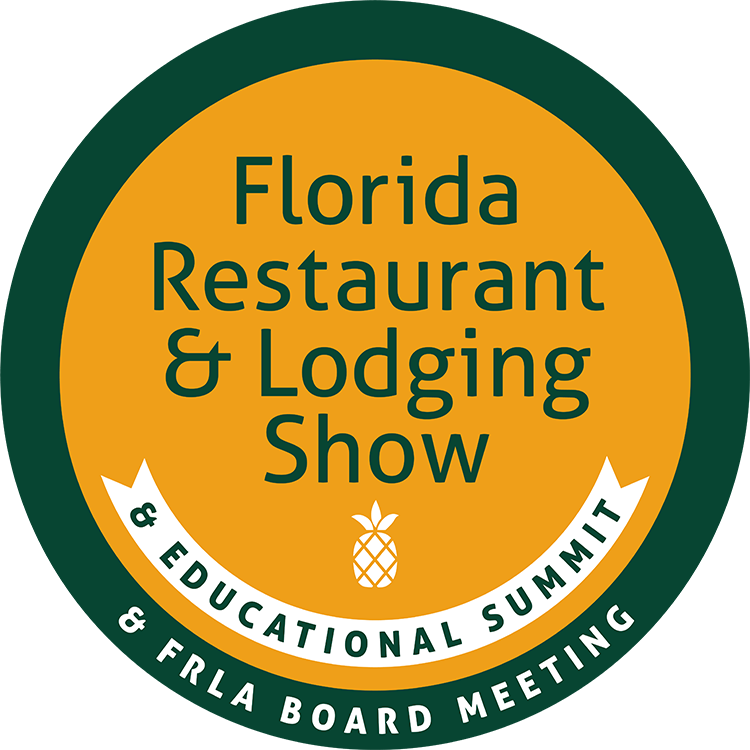